Your Moving Journey Starts Here!
Moving from Canada to Poland
Get a Quote

Moving from Canada to Portugal

Portugal is a great choice for Canadians looking to move to Europe. If you are tired of six months of winter and expensive flight tickets, moving to Portugal from Canada is exactly what you need.

Before you start packing your bags to move from Canada to Portugal, it is important to understand what awaits you once you are there. Once you have decided to move your household goods to Portugal, we will gladly assist you starting with a Moving Quote for Free!

When considering moving from Canada to Portugal, it is essential to learn the differences between the two countries to understand the benefits and drawbacks of the move.

Whether you are moving to Portugal from Canada to be closer to Europe, take advantage of ex-pat tax benefits or simply love the country, see the following 6 important aspects that will hopefully make the relocation decision easier.

Canada is the second-largest country in the world with a total territory of 9.98 million m2. The land is divided into 10 provinces and 3 large territories in the north. The only land bordering country in the United States, making it the longest border between two countries.

Christianity is the biggest religion practised in Canada, about 63% of the population identify as Christians. The next biggest religious group is Islam (3.7%), Hinduism ( 1.7%), Shirk (1.4%), and Buddhism (1.1%). All religions are welcome in Canada as long as one does not harm another.Canada has 2 official languages: French and English.

Canadians love to dine out, travel around their enormous land, and seriously approach their work. An average Canadian does not strive for luxuries and riches, he or she is focused on raising their children and achieving personal goals.

Canadians are tolerant, polite, and community-oriented people. Although they are individualists in terms of their core culture, they nevertheless place great emphasis on individual responsibility to the community. Canadians easily accept other people, regardless of religion or culture.

The Canadian point-based immigration system, as we know it today, was introduced in 1967 shifting the preference selection from “race and country” to skilled professionals. This decision allowed a selection of individuals who would greatly contribute to the economy.

If moving from Portugal to Canada, you would require to obtain a visa or permanent residency directly, if you meet certain criteria. Two of the most popular immigration paths for skilled workers are Express Entry and Provincial Nominee Program. As per the standard upon receiving permanent residency, you must stay in Canada for 1,095 days (3 years) out of 5 to become eligible to apply for Canadian citizenship.

The Portuguese Republic is the westernmost part of Europe. The area together with the islands is 92,300 km2. Portugal is divided into 18 districts. The land is washed by the Atlantic Ocean to the south and west. The only bordering land in Spain to the north and east.

Portugal, influenced by the Atlantic Ocean, has a temperate Mediterranean climate. The northwest has mild winters and short summers and the south has long, hot, dry summers and mild winters. Lisbon has low humidity and average temperatures range from 10° C in January to 23° C in August.

Portugal is a Roman Catholic country by history and tradition with almost 94% of its population being Roman Catholics. Less than 1% of residents are Protestants. There are Jewish communities in Lisbon and Porto (200,000 people). About 5% of the country's inhabitants recognize themselves as atheists.The official language is Portuguese.

The people of Portugal are characterized by an unhurried approach to business. For this reason, the schedule of many events in the country is very flexible. During the 'siesta' from 12 pm to 15 pm most institutions are closed, and even the office phones are silent.

The Portuguese are quite conservative, they have a serious attitude to social hierarchy, and respect for authority in religious, family and business spheres. But they are quite cheerful, they love and know how to celebrate, and riotous festivities, processions and folk festivities are common here.

From the age of 6 to 18 all Portuguese citizens are entitled to receive basic and secondary education, this is a mandatory norm approved by the government at the legislative level. Domestic students must pay a minimum annual administrative fee if do not receive a grant that covers the tuition. International students in Portuguese public universities pay from €3,500 - €8,000 per year.

A pleasant surprise awaits those moving from Canada to Portugal as the overall living costs reduce by about 38%. Portugal is one of the most affordable countries to live in western Europe. A single person moving to Portugal should expect to pay about €544 ($723 CAD) per month without rent. A family of 4 moving to Portugal will spend about €1,909 ( $1,539 CAD).

Moving to Portugal from Canada would be easy considering the straightforward immigration process that the country offers. First, you must obtain a Portuguese visa that corresponds to the reason for moving to Portugal and get a temporary residency once there. A golden visa is the best for Canadians willing to invest, for example, in buying a house in Portugal.

Portuguese PR status allows you to have close to the same rights as citizens. To obtain Portuguese permanent residence you must pass a language test and live in Portugal on a temporary residence permit for at least 5 years with no more than 6 months total abroad. Portuguese citizenship can be gained after 6 years of residency (3 years if via marriage) becoming an EU citizen.

Immigration to Portugal as a Canadian Citizen

Canadians wanting to move from Portugal to Canada have many reasons to do so. Portugal is a picturesque country with a well-developed infrastructure of cities and resorts, and a rich cultural and historical heritage.

For foreigners - temporary residents in Portugal have a special tax system, which is called Non-habitual Resident and allows you to get a preferential tax regime for 10 years. Within 5 - 6 years of living in Portugal, Canadian citizens can obtain Portuguese PR and citizenship allowing them to freely work and live in the EU.

Before moving from Canada to Portugal consider the following:

Moving from Portugal to Canada

If you are considering moving to Canada from Portugal, you will not feel alone. The Census of 2016 states that about 480,00 Canadians claim Portuguese ancestry.

Canada, over the last few decades, has become one of the top choice relocation destinations due to its high standards of living, excellent higher education, quality public health care and its proximity to the economical giant - the United States.

Canada has low competition in multiple industries and anyone with a lot of passion and some luck will be able to successfully build a flourishing business. Moving from Portugal to Canada, you will have a clean start and hard work will eventually pay off. The only thing you will need to get used to is long winters and distance, getting around won’t be as easy.

Insurance
Besides the standard coverage we do provide the Replacement Value Protection plan for our clients. The charge is dependant on the value of the items to be moved. Hercules Moving Company is 100% Bonded & Insured.
Assembly Disassembly
We know how hefty and hard could be the moving day, and dismantling and assembling the furniture not the pleasant things to do when you are tired. We have you covered, and can put all furniture together quick & with no damage.
Dedicated Coordinator
When you become our client, you become part of our family! Every client assigned a moving concierge, anything you need from charges explanation to organizing the supplies delivery or debris removal, just inquire your moving coordinator.
Packing Materials
Every single move includes the protection via Heavy Duty Moving Blankets & Stretch Wrap. However, we also carry great variety of materials, virtually for any piece of furniture. We also offer custom crating/packaging solution.
Free On-Site Estimate
We understand that you might not have time, or your property is too large for the phone conversation. We provide both Physical & Virtual on-site estimates, for your convenience.
Upfront & Transparent
We tend to provide as much accurate estimates as possible. At the same time we will inform you on potential charges that might happened in certain situations. If you have a question, just give us a call at (844) 462-6683.
Ready to Move?
Get a Quote Now

Based on our customers needs we have created 3 Packing Packages you can choose from, it is also fine if you pack yourself.
$14 - $300
Selected Items Packing
Great for people who want to pack themselves, however wish not to risk for valuables
from $500
Full Packing
Get an all-inclusive service, you wouldn’t even dream about doing something
$300 - $900
Fragile-only Packing
Great for people with a lot of crockery, glass cabinets or just fragile items
Ready for a Move to rom Canada to Poland?
Get A FREE Quote Now!
Get a Quote

Hercules goes the extra mile to ensure that all of your most valuable art is protected. Expert wrapping and packaging methods start the highest quality moving & packing materials. Our mover training program ensures that every team has an expert who can safely pack any item so it arrives in the same condition it left.

Hercules can build custom measured crates and containers to meet your specific long distance shipping needs. If you are moving, and have a taxidermy collection, the experts at HMC can help. Our crateless system is effective for securing any type or size of trophy.

To avoid damage to fragile items during a long-distance move to your new residence, office or storage unit Hercules will use all the right materials and implement the proper packing techniques for maximum protection.

With the right training and proper equipment, your furniture will be handled safely in any situation.

Not all furniture is the same size. Hercules uses various materials to prepare furniture for moving: moving blankets, cardboard, bubble wrap, or alligator wrap. HMC movers and packers will pack your furniture the right way.

What Clients say About Us 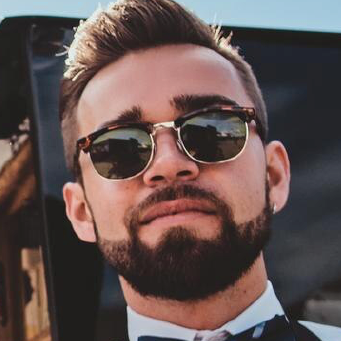 The Hercules moving crew did an amazing, fantastic job in moving my mother's upright piano. The two brothers crew are incredibly strong, expedient, courteous, and professional. The company gave the best quote, the fastest appointment booking, and was the most polite when compared to all the other piano moving companies I called in Toronto and the GTA. I absolutely recommend this company for anyone who needs to have their piano and/or heavy objects moved. 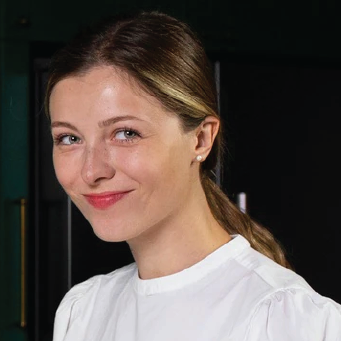 These guys are amazing. They are fast and reliable. They are reasonably priced compared to other big companies. They moved 3br appt on a very short notice with no extra charge. All my furniture arrived in the same condition as before the move. I would definitely recommend them! 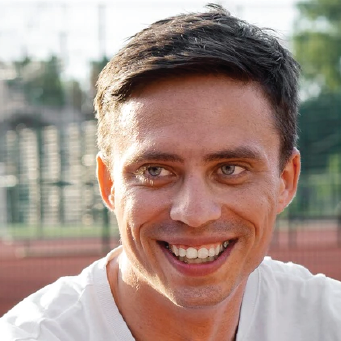 Great moving experience with the best Scarborough movers I have ever met in Toronto. Arrived with a team of 3 guys and moved a 4500sq2 house within 8 hours. Amazing service! 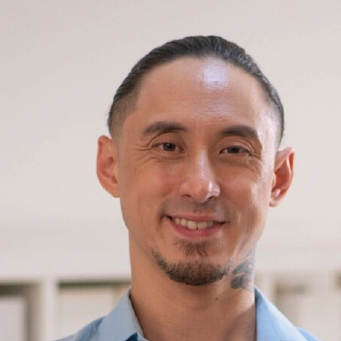 Good job. Guys were very pleasant and fast. Everything was clear, no hidden fees. They met all my request. 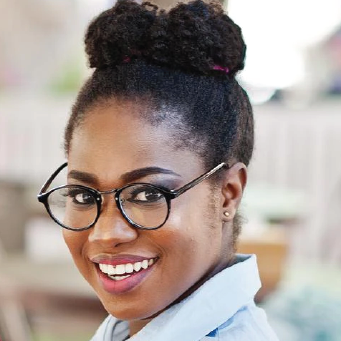 If you still in doubt of what piano movers in Toronto to choose - hope you read my review :) Hercules Movers did an excellent job of relocating a grand piano from a music school to my house and additionally advised me a professional piano tuner. Extra care service, friendly and skilled movers, which were extremely accurate and protected the piano as well as floors, walls and stairs.